We’re just back from 11 days in Lanzarote. We stayed at Olé Olivina in the town of Puerto Del Carmel. Super nice time was had by all.

Some of the other hotel treats that we enjoyed were a couple of petanque courts. A game of this as the day cools to evening whilst sipping on a glass of Pastis on ice is quite a nice thing to do. The kids club lady – Mora did the job of two or three kids entertainers tirelessly.

It’s about 4 years since we were last in Lanzarote and we’ve spawned again since then. Our most recent dragondroplet was a handful most of the time – but we wouldn’t swap her for the world. She’s at the age where forward is the only direction, stopping is rare and optional.

Pleasant little town – albeit 100% tourism – which we ventured into a couple of times. I ambled in and got unexpectedly drunk one afternoon whilst watching England in the cricket world cup finals. Great game, shame about the result.

Walks on the beach were nice – a huge beach offering acres of sand per person even on busy days. 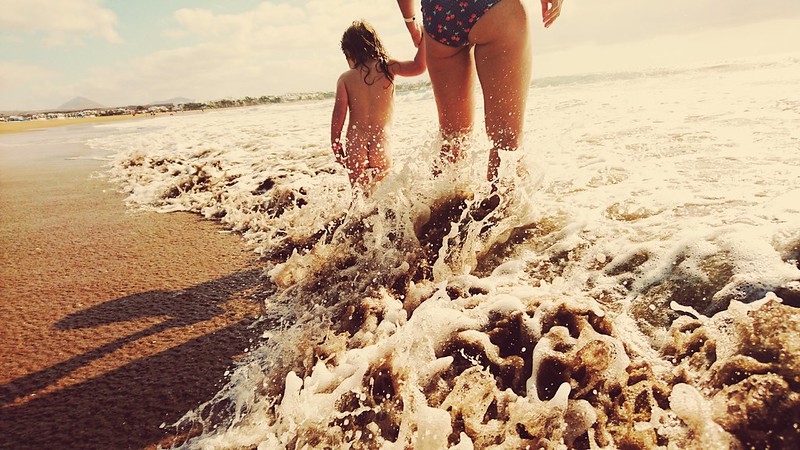 The cloudy spells (50/50) we spent tootling around in our hire car. One of the fully fledged touristy things we did was take a tour of Timanfaya National Park. The who island is a UNESCO biosphere reserve and this is one of the crown jewels of the island. Half the island was only create around 300 years ago and the last remaining active volcano on the island. The most incredible rock formations of raw, liquid shaped rock left us all wowing and oh wowing some more after the tour. The whole area is fascinating – from the black, red and yellow rock formations to the unique and ingenious vine farming methods the farmers etched out of the seemingly inhospitable terrain. We also went to the far north and walked along the top of the 2000+ft Famara ridge. Incredible views.

The area around here is in total contrast to the south. Some of it verdant, lush greens and even a semi-tropical feel to it.

Here’s my fave photos from the trip – which I took near one of the islands vineyards; 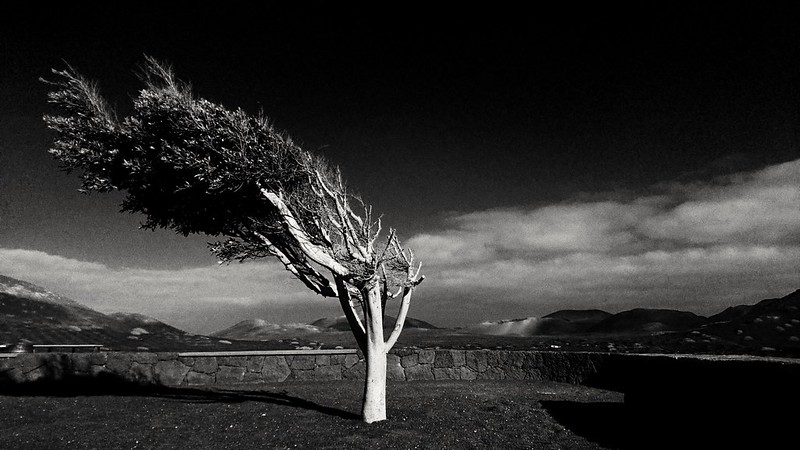 Like most good holidays, it all went by far too quickly. Good times. However, we’ve discovered the best way to beat holiday blues is to start planning the next holiday.