My new years resolution was ‘shoot more film’. Long story short (my theory is that) by shooting film, I’m spurred to be more creative, do more extra curricular creative things, that kind of thing. A sub plot is, that it’s often and adventure catalyst.

Case in point; I bought a ‘job lot’ of cameras from eBay. 5 cameras from a charity shop sale. The job lot included a historically important camera – a Konica C35 AF. Important because it was the worlds first Auto Focus camera. (Turns out the one I bought is a bit broken, but hay ho).

I noticed that the C35 was loaded with film. I contacted the sender who told me that he didn’t know where the camera came from as it was a donation to the charity – a hospice shop. He said I should dispose of the film. Ethical dilemma: would it be OK to develop the film first? I did. 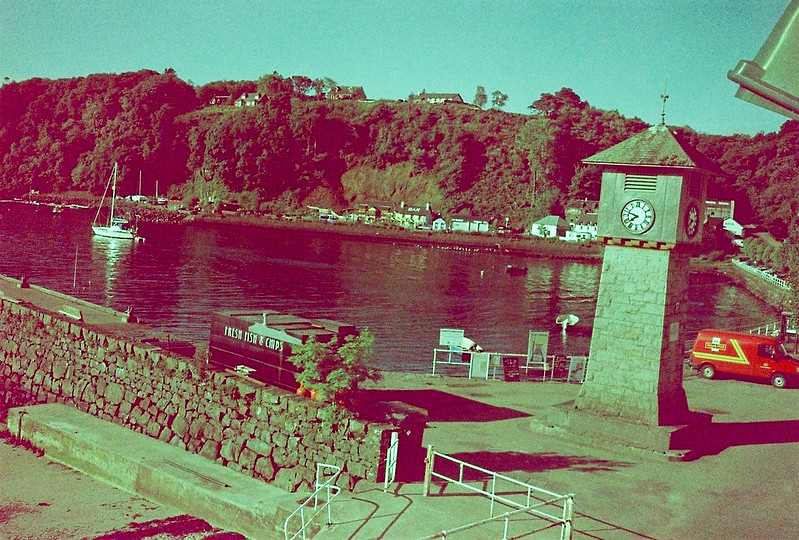 * The camera came from North Chailey
* The film is quite old (colour has ‘degraded’)
* At least some of the film was shot in the UK (owing to the fact one of the shots has a UK Post Van)
* * The post van is quite an old model but looks new.
* * The van the photos was shot at 7:48 am or pm, or the clock was broken.
* One of the photos might have been shot in the Canery Islands (Dorada is a beer from the Canary islands.) It’s unlikely that someone would transport the umbrellas seen in one of the shots away from the islands. I don’t think they export said beer. A pub wouldn’t loft umbrellas advertising beer they don’t sell. (+Breweries get a bit twitchy about things like that.)

Any ideas? I’d love to trace these back to the owner or at least get location citation.